Win one of these film scholarships. Do you have a passion for film? A creative perspective? Do you post on YouTube? Use your creativity to win a film scholarship to your favorite college, university, or film school. 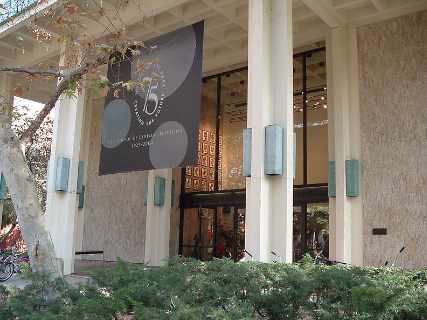 Application Deadline January of each year

Application Deadline June and December of each year

The Christophers rewards video productions by undergraduate and graduate students that best illustrate their current theme such as "One Person Can Make a Difference". Short films must be 5 minutes or less. See more information at The Christophers Film Scholarships website www.christophers.org

Application Deadline varies, December or January of each year

There are many online video contests for film makers to enter, and the monetary award is only part of the potential compensation. If you are looking for film scholarships, this website has over 100 different video contests on mostly fun and sometimes serious topics. If you have talent, this is a great way to get noticed and win cash, trips and other prizes. For more information see onlinevideocontests.com/

Award Amount $1000 for first prize, $500 for second and $250 for third place, and an all-expense paid trip to New York City for the award ceremony. The first place winner will received a $5,000 scholarship to the New York Film Academy.

The National Coalition Against Censorship offers annual Film Scholarships to recognize and reward young filmmakers who create films on a topic related to free speech and democracy. Must be 18 or under and a US resident. The topic changes each year. For more information about this Film Scholarships Contest see ncac.org/project/film-contest

Application Deadline February of each year

These photography scholarship and art scholarship awards are for undergraduates entering their junior or senior year of college or graduate students. Students must major in a field related to outdoor communication, such as art, writing, photography, film, print or broadcasting. owaa.org