Tell Us About Your Leadership Experience

Your leadership experience, how you grew and developed, can make a great college admission essay story. It is one of the essay prompts for some colleges such as University of California "Describe an example of your leadership experience in which you have positively influenced others, helped resolve disputes or contributed to group efforts over time".

Check out these examples of college admission essays about leadership. 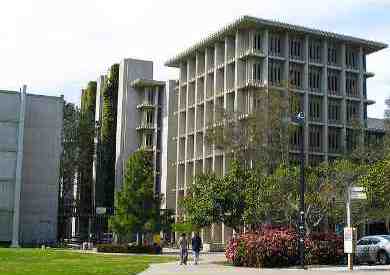 “Pass the ball to Daisy! Ok now keep running; don’t let her take the ball keep going! You know you can run faster than her; move your legs and push harder!” These are the words my teammates heard numerous times at practice and at our soccer games. I have been a member of my school’s soccer team for two years. Throughout these two years, I have made a close bond with my teammates and noticed that one of the characteristics of a leader is the ability to lead. The sixth President of the United States John Quincy Adams once quoted, “If your actions inspire others to dream more, learn more, do more and become more, you are a leader.”

As a young girl I always wanted to be not only the first, but the leader in any situation in which I was involved. For example, when my class was divided into groups to do projects, I wanted to be the leader, not to be bossy or dominating, but to insure that my group did the best work. Because my classmates know I am brilliant, they hope I am their leader when we have group activities because they know I will push them until we get the work done.

As a sophomore in school, I knew I wanted to be a part of an athletic team. I considered many of the sports offered at my school. Soccer was my choice because I knew various people on the team; it was extremely watched in my family and consider as an entertaining sport. Soccer games brought and continue to bring countless afternoons and nights in which our house is filled with family. Crunchy tortilla chips accompanied with tasty tomato sauce and drinks are always guests as well.

As a beginner on the team, I knew I wouldn’t be our lead scorer, but was sure it would be a beneficial experience. On my first day on the field, I stood at the sideline and attentively watched every move the team made. I noticed that even though we collaborated we were not playing as a team. We lacked something essential. After days of investigating, I noticed motivation and unity was the piece to the puzzle that I felt would create a better team. At practice, I motivated my teammates to continue pushing themselves after reaching their comfort zone. Running an extra lap, or practicing for ten more minutes after practice was some of what I encouraged them to do. I irritated them on some days, but at the end of the day, they saw their improvement and how my insistence was essential.

As a result of motivating my teammates, I became a leader as well. To be a leader one does not have to be an expert in the subject, but instead have the ability to lead. I wasn’t the best player on the team or scored the most goals, but I made an improvement on the team as a whole. At the beginning of the season we played as individuals, but at the end we played as a team. Encouraging players to attend practice, motivating them to run extra laps, and insisting communication throughout the team were all critical tasks I did that made me a leader on my soccer team.

My leadership demonstration and experience in soccer and in the classroom has helped me become a better person because I am always willing to help others. My goal of becoming an outstanding dentist requires me to have that capability. I have learned and demonstrated it throughout my life time. I will continue to push myself and others forward and show my leadership as I have so far.

Ever since I could remember, I have lived in a crowded low-income community. I either wake up to police sirens or transients rummaging through my apartment trash almost every other day. Every time I walk to the bus stop to get to school I am constantly moving my eyes 90 miles a minute at my surroundings to make sure that I am safe.  Where do I live? I live in a community filled with immigrants from all different parts of the world from Cambodia to Mexico and Somalia. Even though everyone culturally different we all shared with the struggles of poverty. I grew up in a community where many did not have a proper education, where there were people who came from a violent background. My parents were Cambodian refugees who fled their country from the Khmer Rouge. With English being their second language and the difficulties of finding a job without proper education, my parents did not have the ability to provide my siblings and I a safe and stable community to grow up in.

Many kids in my neighborhood do not know what to do with their spare time and with their frustrations of life, they act out, join gangs or do drugs to fit in. I used to want to fit in with the other kids in my neighborhood too. However, witnessing my parents and community's struggles pushed me to work hard in school and in life to overcome the spiral of poverty that was surrounding me. I knew that I had to end the cycle with my generation.

I started to think about my future and what I can do to help myself and others in my generation lead successful lives. A life where one does not have to always rely on government aid and can become self-sufficient.

In school, I stopped caring about fitting in and worked hard to find my strengths in addition to helping the community, because I know what it feels like to struggle. Initially, I joined clubs to socialize because I struggled with finding myself. One important thing I learn in life that has helped with the progressive battle within myself is leadership and club elevated has helped me realize this. Club Elevated, a club in which its main purpose was to create a better place for students and bring diversity and culture. I did not want other teens in the community to go through hardships on their own.

As a young social advocate and the vice president for Club Elevated, I brought new ideas and work with others to help raise awareness about social issues such as alcohol and drug prevention, and self-identity.  Through that experience, I learned how to be a leader and the value of teamwork. I valued being able to help raise awareness about social justice, bullying, stereotypes, and racism. In the future I hope to preserve the health of those living in inner cities by providing counseling, guidance, therapy, and understanding to those who struggle.

Leadership has Helped Me Come a Long Way

When I first started high school I was the kind of student who didn't do anything outside of class; I just attended, and because I didn't take advantage of all of the educational and extracurricular opportunities offered at Central Valley, high school was boring. My sophomore year I decided to get involved and challenge myself by taking advanced classes. I no longer wanted to be an average student who earned average grades, but rather strive for straight A's and reach my full potential. I also decided to run in a campaign to be in leadership. With only five positions available and six candidates, I was very nervous to run because the same popular students who ran last year wanted to keep their positions. This was important because fifty percent of the campaign was based on the popular vote. I knew I wasn't very well known in school, and although it would be difficult to make myself stand out, I didn't let this discourage me. I wanted to make a difference by reaching out to students to voice their opinions; I really cared about student comments and concerns regarding improving our school and making it a fun place to attend. I was determined to win. I talked to people and designed creative advertising to make my name familiar on campus.

I put myself out there and was successfully elected. I've been in leadership for two years and now I'm involved in most school events and activities. Being in leadership has given me an unforgettable high school experience. Although it came with many obstacles, joining leadership was a decision I'm proud I took.

I'm proud to be in leadership because I'm a part of something larger than myself. Being in the Associated Student Body has helped me grow as a person because I've learned that every position is important and that others depend on me.

ASB is a class that has opened countless opportunities for me, we spend many hours outside of class volunteering in the community. After joining leadership, I also became involved with clubs and sports. I've held different leadership positions such as Interact secretary and have been a dedicated athlete. Since my sophomore year, I've been running long distance in track and field and cross country, and although I'm not team captain, I use my leadership skills to push and encourage my team mates. Whenever I have a group project in a class, I'm not afraid to lead the way or make sure that we are being productive.

Being an assertive person and having self-initiative is important, yet thanks to leadership, I've further become a dependable, responsible, and more confident person. I believe that through ASB, I have developed the necessary leadership skills and confidence needed to be successful in college and in the future.