Last updated on May 25, 2022 by College Financial Aid Advice. 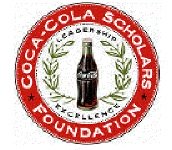 The Coca Cola Scholars Program is one of the most recognized and respected corporate sponsored scholarships in the United States. Created in 1986 as a joint effort of Coca-Cola Bottlers and The Coca-Cola Company to commemorate the 100th anniversary of their flagship brand, the program establishes a lasting legacy for the education of tomorrow's leaders through college scholarships.

More than 4,250 scholarship recipients, called Coca Cola Scholars, have benefited from more than $38 million in college scholarship awards since the program was established. 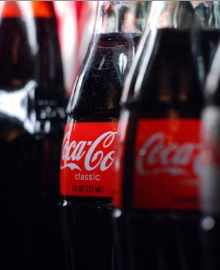 The Foundation also contributes $3 million annually to students entering college in its "Four-Year Award for Seniors" program and another $400,000 in its "Coca-Cola Two-Year Colleges Scholarship" program.

Coca Cola Scholars must commit to a lifetime of community leadership and service upon receipt of their coke scholarship. Perhaps things really do go better with Coke!

Merit Based - The coca cola scholarships are merit based scholarships, and no, you do not have to be a coke drinker to qualify! The foundation focuses on students who have demonstrated leadership skills and participation in their communities through volunteering as well those who have excelled academically.

Application Due Date - Interested applicants must apply during their senior year in high school. Applications are accepted from August 1 - October 31 each year.

Coca Cola Scholarship Requirements - The program is open to all high school seniors, whether home schooled or in a traditional school, in the United States who are U.S. citizens or legalized residents. They must meet the minimum GPA requirement (see below), and they cannot be children or grandchildren of Coca Cola employees. More detailed requirements can be found below.

Are you the first in your family to attend a college or university? The Coca-Cola First Generation Scholarship program has awarded more than $19 million in scholarships to support students who are the first in their immediate families to go to college. The program has reached more than 1,000 students at approximately 400 U.S. colleges and universities.

Interested students should contact the school they are planning to attend to ask whether a Coca Cola First Generation Scholarship is in place, and if so, for the application.

Coca Cola Scholars - This scholarship program is for those high school seniors who will be attending a 4-year college or university. The Coca-Cola Scholars Program awards 250 four-year achievement-based scholarships each year.

Information about the interview is sent with the letter telling the student they are a finalist.

Interested applicants must be: • Current high school (or home-schooled) seniors in the United States. • U.S. Citizens; U.S. Nationals; U.S. Permanent Residents; Temporary Residents (in a legalization program); Refugees; Asylees; Cuban-Haitian Entrants; or Humanitarian Parolees. • Anticipating completion of high school diploma at the time of application. • Planning to pursue a degree at an accredited U.S. college or university • Have a minimum 3.00 GPA at the end of their junior year of high school. • Children or grandchildren of employees, officers or owners of Coca Cola bottling companies, The Coca Cola Company, Company divisions or subsidiaries are not eligible.

For additional information on how to apply for a Coca Cola scholarship, call this phone number: 1-800-306-2653.

For students who attend or plan to attend two year colleges and earn a two year degree, there are 400 Coca Cola scholarships available.

It is the responsibility of the financial aid department at the college to nominate applicants, but students can let the office know if they are interested in a nomination.

To be eligible for a nomination, students should have a minimum GPA of 2.5, be a U.S. citizen, have verification from the school that they have volunteered within the past twelve months, and plan to take at least two courses the following semester.

More information about this Coca Cola scholarship program is available online at: www.ptk.org.

For additional information on how to apply for a Coca Cola scholarship, call this telephone number: 1-800-306-2653.

Scholarships for Minorities and Women